After almost 15 years of intermittently tagging along with her parents, Iris Riddell reports on her first official attendance at a NZ Skeptics Conference.

I attended my first ever Skeptics conference this year. Well, that’s not entirely true. Technically, I’ve been coming along since I was six years old, but critical analysis and conferences in general aren’t so interesting at that age. Rather, I attended my first ever Skeptics conference that I fully appreciated. I came away from the Christchurch get-together in August with my head in a spin, inspired by the lectures I’d witnessed and the people I’d spoken to.

One of those people and one of the biggest highlights for me was Kylie Sturgess, educator, writer, blogger and podcaster extraordinaire. She winged her way over from Australia with Dr Martin Bridgstock especially for the conference, and shared with us the results of a study they recently conducted, regarding what the average Queenslander believes in. 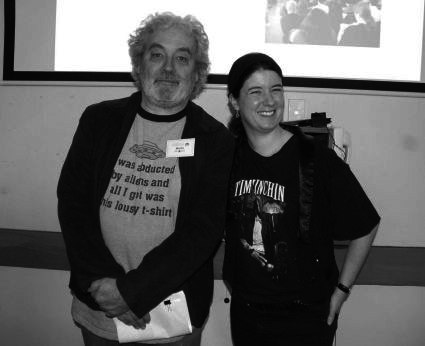 The session that really got me buzzing was one of theirs, about activism, the future of skepticism and the two cultures it is starting to sprout. Martin Bridgstock said skepticism is divided into two camps: he called the first group “the old grumpies” and cheerfully lumped himself in that category. The grumpies tend to be older people who belong to structured organisations, whereas the second group is far younger, and connect via podcasts, blogs and forums as well as casual social gatherings. I was so set off by this discussion that I’ve started making motions toward organising a Skeptics in the Pub event for Hamilton, but that’s another story.

I was surprised at the diverse age range at the Christchurch conference. There appeared to be a lot of people my own age (I’ve just turned 21) or not much older. Sure, there were still plenty of the “old grumpies” that Martin Bridgstock so proudly associates himself with, but there were definitely a lot of younger people, too. As someone often frustrated by the lack of critical thinking in the majority of my peer group, it gave me hope to see so many young skeptics.

The Friday night entertainment was a quiz on all things skeptical, with a bonus challenge to write a limerick as a group. These were gathered up and read out over the course of the next three days, and there were some very funny and clever ones to come out of the mix. I’ve never heard so many poems about alternative medicine, horoscopes and Ken Ring in one place.

I have to say, unfortunately, that the waiting staff at the venue for the Saturday night dinner were very unprofessional and had little respect for personal boundaries. I first noticed something amiss when I glanced up the table to see Gold, the chair-entity, receiving a rather sensuous head massage. “That’s odd,” I thought, and returned to my conversation. Moments later, one of them was looming over me. “Excuse me, ma’am. We’ve had a complaint about the state of the cutlery. Fancy a spit shine?” By the end of the meal they were zigzagging precariously up and down the unoccupied dining tables, a bottle of wine in each hand, singing loudly. I don’t think anyone was surprised when, once the food had been dispatched, they announced that they were members of a local theatre group, and the evening wound up with a short improv performance. For the record – the actual kitchen staff was polite, efficient, and served up some wonderful meals. 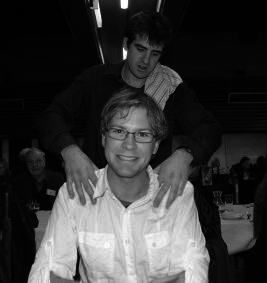 Some of the other notable lectures were earthquake expert Mark Quigley on forecasting quakes (see p 8 – there were at least three detectable aftershocks over the weekend, including one during a conference session), a wonderful photographic presentation by Simon Pollard on how different cultures commemorate the dead, and a talk by Puzzling World founder Stuart Landsborough on his psychic challenge and experiences with mediums. All around it was a thoroughly thought-provoking and inspiring conference, and a great experience for a first-timer like me … an almost first-timer, at least. 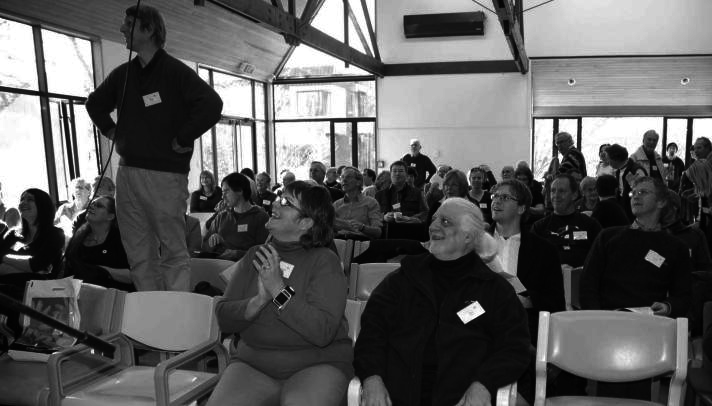 Some limericks – and a clerihew – from the Friday quiz night

Jenny McCarthy knew that she oughta
Do what was best for her daughter
But how to appease
Her daughter’s disease?
Give a 10C solution of water.

There once was a preacher named Ray
Who would eat a banana a day
He claimed they were godly
But skeptics looked oddly
At him and his fruity DNA.

To give me a homeopathic gin
Is an absolute mortal sin
I had a hangover so chronic
I needed a 14C tonic.

Sir Isaac Newton
Never slept on a futon
His 3 Laws of Motion
Were one hell of a notion.

Avoiding the trap of belief-dependant realism