Communicating the nature of science: Evolution as an exemplar 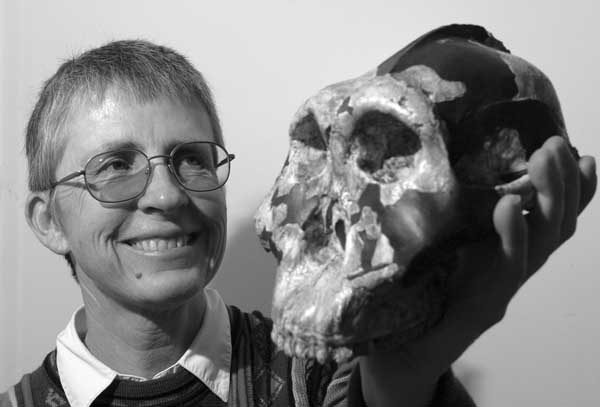 >
Science as taught at school is often portrayed as a collection of facts, rather than as a process. Taking a historical approach to the teaching of evolution is a useful way to illustrate the way science works.

The need for a scientifically literate population is probably greater now than ever before, given the rapid pace of change in science and technology. Members of such a population have the tools to examine the world around them, and the ability to critically assess claims made in the media. However, there are difficulties with conveying just what science is about and how it is done; in letting people know how the scientific world-view differs from “other ways of knowing”. This is particularly evident when dealing with evolutionary theory, often described as “just a theory”, and probably the only scientific theory to be rejected on the grounds of personal belief. How can we alter such misconceptions and extend scientific understanding?

Part of my role at Waikato University involves liaising with local and regional high school teachers of biology and science. Over the past few years I have received numerous requests from local secondary school teachers to provide a resource they could use in teaching evolution. Discussion with teacher focus groups revealed a number of content areas they would like to have available:

These last two items are particularly significant, since modelling a way of presenting the historical development of evolutionary thought, and by extension the nature of science itself, offers a way of countering opposition to the theory of evolution.

“Teaching evolution at the sec-ondary level is very much like Darwin presenting the Origin of Species to a public who historically held a very different view of origins. To meet this challenge, teachers [should] preface the conceptual study of evolution with a classroom dialogue… informed with material on the cultural history of Darwinism.”

“I do not believe that evolution can be taught effectively by ignoring significant metaphysical (ie essentially religious) questions. One addresses these issues not by teaching a doctrine, but by looking back historically to the cultural and intellectual milieu of Darwin’s day and the great questions over which people struggled.”

Taking such an approach is highly significant in developing an understanding of the nature of science, since an historical narrative will not only place Darwin’s work into its historical and social context, but will also show how he applied the scientific method to solving his “problem” of evolution. This approach is central to the Evolution for Teaching website (sci.waikato.ac.nz/evolution – see NZ Skeptic 71; the other members of the website team are Dr Penelope Cooke of Earth Sciences, Dr Kathrin Cass, and Kerry Earl from the Centre for Science & Technology Education Research), and is also one I use in my own teaching, where every year I encounter students who have a creationist worldview. Such views may well become more common, given that there appears to be a coordinated effort to make material promoting Intelligent Design Theory (and denigrating evolutionary thought) available in schools.

This teacher-generated list, and the philosophy described above, informed the planning and design of the Evolution for Teaching website, which is hosted by the School of Science and Technology at Waikato University. First we felt it important to make explicit the nature of scientific hypotheses, theories, and laws, to overcome difficulties originating in differing understandings of the word “theory”. (Much of the language of science offers opportunities for such misunderstandings, since it invests many everyday terms with other, very specific meanings eg Cassels and Johnstone 1985; Letsoalo 1996.)

The site offers links to the NCEA matrices for Science and Biology, plus FAQs, book and site reviews, and a glossary.

Feedback has been almost entirely positive, with all the teachers attending its launch in March indicating that they would use it in their teaching and recommend it to their students. Without exception they found it attractive, easy to navigate, and informative, providing information at a level suitable for both themselves and their students. Student comments support this last point. Since the site went “live” in March 2004 it has received around 100,000 hits per month, indicative of a very high level of interest.