The Tertiary Education Commission was suffering from “dilutions of grandeur” when they identified homeopathic training as a nationally important strategic priority for New Zealand. That’s the reason the NZ Skeptics have given the TEC the Bent Spoon Award for the most publicly gullible action of 2005. 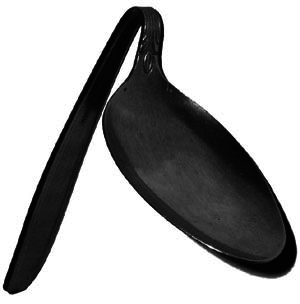 Homeopathy involves diluting substances with water over and over again until there is nothing left of the original material. Homeopaths believe that the water molecules somehow “remember” what was once in the water and that this gives the water curative properties. The Bay of Plenty Homeopathy College has been receiving money from the Tertiary Education Commission’s strategic priorities fund to run its Diploma of Homeopathy (Animal Health).

“Homeopathy does not present a sound basis for medical treatment, whether on people or animals,” says Skeptic chair-entity Vicki Hyde.

When the TEC was challenged earlier this year, its acting chair Kaye Turner defended the funding by saying that the course is important to the organic export industry, which relies on nonchemical treatments for animals.

“The organic industry does not have to – and should not – jeopardise its standing by supporting pseudoscientific notions that call into question its credibility. Quite apart from the lack of research supporting homeopathic dilutions, there are potential animal welfare issues if you treat sick animals with nothing more than diluted water,” says Hyde.

Media reports indicated that the major push for the course did not come from the large organic producers likely to be involved in strategic export production, but in fact from the homeopathic industry itself. Of 500 applicants to the strategic fund, only 49 were successful, with the private training establishment sitting in the $50,000 – 100,000 funding band.

Hyde says that she was not surprised to see that the college’s website points out that their diploma is “approved by NZQA and for student loans and allowances by the Ministry of Education”.

“Getting funding for and apparent educational sanction for such courses does nothing more than assist the commercial operations of such questionable educational enterprises. If the organic industry is to grow, it deserves to be served by better science and better trained people.”

“We’re delighted this is the case and hope it’s the start of a long-term trend,” says Hyde.

The Awards are to: