The Pitfalls of Homeopathy or, The Royal Assent to the Ultimate Dilution

Martin Wallace particularly likes two of the five definitions of ‘pitfall’ in the OED:

In the northern summer of 1965 I was living in London with my wife and three-year-old daughter, Elizabeth. I had sat and passed the MRCP (London) exam, got myself on to the British Medical Register, and applied for a position at the Hammersmith Hospital as a registrar in renal medicine, and been appointed. We had a month to face, however, with no income. I phoned the BMA locum finding service. To my surprise, the ‘finder’ suggested I take a locum medical registrar position at the Royal London Homeopathic Hospital. I protested I would surely be in danger of being struck off the Register I had recently got on to! “Oh no, Dr Wallace,” said the finder. “There is no risk of that. The Queen and her family go there!” After interviews with two physicians, I was appointed.

Both physicians said I could practise orthodox medicine, whilst they did the homeopathic prescribing. When the patient got better, we could both claim the credit! One patient told me he had a malignant bone marrow condition. I was rather rattled by all this, and impolitely asked him what homeopathic remedy did he take for that? “Oh no,” he said. “I don’t take any of that. I go up to the Hammersmith for radioactive phosphorus.”

My practice there was never interfered with, but I saw episodes of the most extraordinary neglect while tincture of arnica was relied upon to treat bleeding ulcers, heart attacks and so on. There were totally unproved treatments of the most bizarre kinds.

I found I had a lot of time on my hands. The man whose position I was filling had left his desk open. I read The Carpetbaggers, which I found there. I also found an empty pill bottle labelled ‘Hashish’. Down the corridor was a door labelled ‘Research’. I opened it and it swung inwards with the creak of little use. Inside were many shelves of bound copies of 19th century journals, such as The Proceedings of the Philadelphian Hahnemann Society. They were collections of papers describing in the most detailed and personal way the experiences of individuals who had taken a particular substance. If for example, the subject had a bowel motion within some hours of ingestion, the substance was to be used for constipation. If however the subject did not have a bowel motion, then clearly the substance would be a treatment for diarrhoea. This process was called ‘proving’. In either case, before use the substance was to be diluted in solution many times and at each dilution step, the container was to be banged on the table a specific number of times. These processes were called ‘potentization’ and were governed by something called ‘Hahnemann’s Law of Succussion’. As I read this material, the 20th century traffic roared past in Great Ormond Street, and a framed autographed photograph of the Prince of Wales trembled slightly on the wall. When I retired, and was able to resume my education, I found out more.

A physician and apothecary, he forsook medical practice and in 1789 he published his beliefs in ‘Hufeland’s Journal‘. He stated that he had discovered the ‘law of similars’ for the treatment of illness, which stated that ‘like cures like’. That is, that diseases are cured by substances which cause the same symptoms.

He also promulgated an extraordinary theory that most chronic diseases were a response to a scabies infection, ‘psora’. He listed a very large number of conditions, including epilepsy, rickets, cancer, dropsy, suppuration of the lungs and paralysis. It is of note that today’s homeopathists do not push this piece of fantasy.

Hahnemann wrote this: “A long experience and multiple observations upon the sick have led me within the last few years to prefer giving only two shakes to the medicinal liquid, where I formally used to use ten.” (The mutable law of succussion!)

These doctrines were taken to the US, where they gained ready acceptance and rapidly spread. By 1833 the Philadelphian Hahnemann Society was formed, and it was their proceedings that I had perused at the London hospital. Why this flowering of illogicality took place in the US is perhaps related to the similar success of Mormonism at the same time. An American friend suggested to me that a deep desire for religious tolerance was behind both.

However, rational and detailed rebuttal of the homeopathy doctrines was made by Oliver Wendell Holmes in 1842, and in 1871 he said this to a final year medical class:

In Britain, homeopathy had its greatest success when in 1852, during a cholera epidemic, only 16 percent of patients admitted to the first London Homeopathic Hospital in Golden Square died, compared with 53 percent admitted to the Middlesex Hospital, just down the road. Clearly the prognosis was much better if one did nothing, rather than employing the blood-letting and purging practised by the orthodox! The British Hahnemann Society was founded in 1968 .

The royal family and homeopathy

“All the European monarchs were intimately related and interbred, and all very taken with homeopathy,” wrote Peter Morrell, author of British Homeopathy During Two Centuries. Morrell suggests that that these people took it up because it seemed to work, it became fashionable, it was nebulous and divine, and it became traditional. Sir John Weir, a homeopath, treated Edward VII, George V, George VI, and Elizabeth II. Queen Victoria did not believe.

The Prince of Wales is an ardent supporter of homeopathy, and letters from his household, expressing his disapproval of critics of the cult, surface on the desks of the logical. His Foundation for Integrated Health recently received $NZ 2.18 million of tax-payers’ money for voluntary self-regulation of alternative health practitioners, yet the Foundation dos not require evidence for clinical efficacy.

Despite the support of the Prince of Wales, and the support of the British government for ‘alternative’ treatments, the RLHH and other state-funded homeopathic hospitals have fallen on bad times. Recent careful meta-analyses of many publications of trials of homeopathy have shown no advantage over placebo effects, and community health trusts have withdrawn funding. The Guardian in the first week of February, this year, reported that more than 20 percent of UK hospitals had withdrawn funding.

The Swiss government withdrew funding for homeopathic remedies in 2005 following the publication of one of the meta-analyses carried out by Swiss investigators, and a team from Bristol University. This does not stop a homeopath in the Hamilton This Week free paper claiming on 13 March 2008, that in Switzerland “homeopathy is rebateable by most insurance providers”. This is offered as support for the system, as is the support of the royal family. She also claims to be “NZQA approved”.

The NZ School of Classical Homeopathy was founded in Auckland in 1984. It claims that homeopathy is a medical science, “as much as paediatrics and neurology”.

The principal of the BOP College of Homeopathy in Rotorua, claimed in the Hamilton Press of 6 February 2008, that the efficacy of homeopathic treatments has been shown in clinical trials. When I (politely) asked her for the references she referred me to two papers published in 1986 and in 1991. The major paper, a review of 107 controlled trials concluded that “At the moment the evidence of clinical trials is positive but not sufficient to draw definitive conclusions”. The principal did not direct me to the more recent work, including a paper published in September 2007 in the British Journal of Pharmacology, which showed that a mixture of four homeopathic medications (arnica, bryony, hypericum and ruta graveolens) was no better than placebo in lessening the need for morphine after knee ligament repair surgery. The course at this college has been approved by the NZQA to level seven. What does this mean? The approval is of the surroundings and the way in which homeopathy is taught. Not the substance of what is taught. The difference is often not made clear.

In Tawa, Wellington, there is a Museum of Homeopathy, the private collection of Julian Winston, an immigrant homeopath from Philadelphia.

Why does homeopathy survive?

In his 1982 book, The Social Transformation of American Medicine, Paul Starr wrote: “Popular culture develops partly by a process of ‘cultural sedimentation’. Like a residue of the past the theories and remedies of learned traditions filter down to the lower classes where they remain, even after the learned have abandoned them.”

Prof David Colquhoun has written of the Age of Endarkenment. He characterises this ‘Age’ by a lack of scientific literacy, an avoidance of the difficult subjects, a resurgence in magical thinking and superstition. It has seen an elevation to university level of courses in homeopathy. At least five institutes of technology raised to the level of universities by governmental decree in the UK have introduced degree courses in homeopathy. The obvious reason for this is to increase student numbers, and thus funding. The sacrifice of hard evidence to financial pressure has been seen here in New Zealand. When a senior lecturer in History and American studies at Waikato University taught the facts about the origins of the Mormon church, he was accused of improper academic behaviour, “since the Book of Mormon may be right”. He was asked to face a room full of believers who I assume were by implication threatening to take their custom elsewhere. Postmodernism brings financial gain.

When my wife, Janelle, and I wrote and distributed a leaflet warning our patients at the hospital about the potential harm of unproven remedies to people with kidney failure, and included information on “how to identify quacks”, a vigorous complaint to the CEO from a member of the public who saw herself so identified, was handed to the public relations officer for action. The complaint then went to the ethics committee for consideration. We never received an answer or opinion. It wasn’t the truth of what we had written, it was the potential harm to the hospital and its income.

The popularity of unproven remedies is a manifestation of a society in which wishful thinking matters more than truth. Truth and falsehood have become a matter of choice.

In the UK and NZ, labelling law does not require proof of efficacy for traditional remedies. Journalists feel there is a need for ‘even-handedness’, even when the evidence shows there is no middle path. As Richard Dawkins has said, “Either it is true that a medicine works or it isn’t. It cannot be false in an ordinary sense, but true in an alternative sense.”

Homeopathy can cause harm

In 2007 the Society of Homeopathy (UK) were advising that their medications could cure Aids, prevent and cure malaria, and do away with the need for immunisation. They even went so far as to maintain they could send the necessary forces by radio, encrypted in music. This nonsense is particularly damaging in Africa, where homeopathy has the support of many people.

The Faculty of Homeopathy (UK), made up of medically qualified practitioners does not support the Society, but does, for example, maintain that salt (NaCl) cures eczema.

All unproven remedies carry the implicit risk of patients failing to seek orthodox help while waiting for effects to occur from the medication they believe in.

In the same century as Hahnemann was writing his first papers, David Hume wrote An Enquiry Concerning Human Understanding. In his conclusion he wrote:

“When we run our libraries persuaded of these principles, what havoc must we make! If we take in our hand any volume of divinity, of school metaphysics, for example, let us ask: Does it contain any abstract reasoning concerning quality or numbers? Does it contain any experimental reasoning concerning matters of fact or existence? If NO to both, commit this to the flames, for it can contain nothing but sophistry and illusion.” 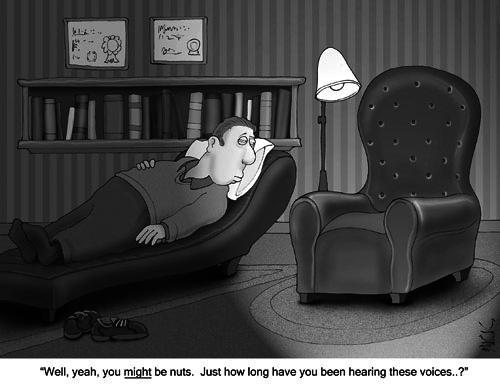 Skeptics Give Police Thumbs Down