Research at Victoria University of Wellington is shedding light on the often irrational processes by which people assess new information. This article is based on presentations to the 2010 NZ Skeptics conference.

Jacqui Dean was alarmed. The Otago MP had received an email reporting the deaths of thousands of people – deaths caused by the compound dihydrogen monoxide. Dihydrogen monoxide is commonly used as an industrial solvent and coolant, it is fatal if inhaled, and is a major component of acid rain (see dhmo.org for more facts about dihydrogen monoxide). Only after she declared her plans to ban dihydrogen monoxide did she learn of its more common name: water (NZ Herald, 2007).

Ms Dean’s honest mistake may be amusing, but when large groups of people fail to correctly assess the veracity of information that failure can have tragic consequences. For example, a recent US survey found 25 percent of parents believe that vaccines can cause autism, a belief that may have contributed to the 11.5 percent of parents refusing at least one recommended vaccine for their child (Freed et al, 2010).

Evidence from experimental research also demonstrates the mistakes people can make when evaluating information. Over a number of studies researchers have found that people believe:

Why is it that people believe these weird things and make mistakes evaluating information?

Usually people can evaluate the veracity of information by relying on general knowledge. But when people have little relevant knowledge they often turn to feelings to inform their decisions (eg Unkelbach, 2007). Consider the following question: Are there more words in the English language that start with the letter K or have K in the third position? When Nobel prize winner Daniel Kahneman and his colleague Amos Tversky (1973) asked this question most people said there are more words that start with the letter K. And they were wrong. People make this error because words that start with the letter K, like kite, come to mind more easily than words that have a K in the third position, like acknowledge, so they judge which case is true based on a feeling – the experience of ease when generating K examples.

Generally speaking, information that is easy to recall, comprehend, visualise, and perceive brings about a feeling of fluent processing – the information feels easy on the mind, just like remembering words such as kite (Alter & Oppenheimer, 2009). We are sensitive to feelings of fluent processing (fluency), and we use it as a cue to evaluate information. For example, repeated information feels easy to bring to mind, and tends to be judged as more true than unrepeated information; trivia statements written in high colour contrast (Osorno is the capital of Chile) are easier to perceive and are judged as more true than statements written in low colour contrast (Osorno is the capital of Chile); and financial stocks with easy to pronounce ticker symbols (eg KAR) outperform those with difficult to pronounce ticker symbols such as RDO (Alter & Oppenheimer, 2006; Hasher et al, 1977; Reber & Schwarz, 1999).

Most of the time, fluently processed information is evaluated more positively – we say it is true, we think it is more valuable. And on the face of it, fluency can be a great mental shortcut: decisions based on fluency are quick and require little cognitive effort. But feelings of fluency can also lead people to make systematic errors. In our research, we examine how feelings of fluency affect beliefs, confidence, and evaluations of others. More specifically, we examine how photos affect people’s judgements about facts; how repeated statements affect mock- jurors’ confidence; and how the complexity of a name affects people’s evaluations of that person.

Can decorative photos influence your beliefs about information?

Yet, evidence from fluency research suggests that in the absence of relevant knowledge, people rely on feelings to make decisions (eg Unkelbach, 2007). Thus, not knowing what the Barringer Crater is or what it looks like, you might turn to the photo when considering whether the statement is true. The photo might bring about feelings of fluency, and make the statement seem more credible by helping you easily picture the crater and bring to mind related information about craters – even though this would still give you no objective information about where the crater is located. In our research, we ask whether decorative photos can lead people to be more willing to believe information.

In one experiment, people responded true or false to trivia statements that varied in difficulty; some were easy to answer (eg, Neil Armstrong was the first person to walk on the moon), some were more difficult (eg, Turtles are deaf). Half of the time, statements were paired with a related photo (eg, a turtle). In a second study, people evaluated wine labels and guessed whether each of the wine labels had won a medal. We told people that the wine companies were all based in California. In fact, we created all of the wine names by pairing an adjective (eg, Clever) with a noun (eg, Clever Geese). Some of the wine labels contained familiar nouns (eg, Flower) and some contained unfamiliar nouns (eg, Quills). Half of the wine labels appeared with a photo of the noun. 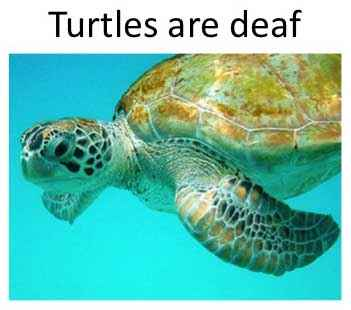 Overall, when people saw trivia statements or wine names paired with photos, they were more likely to think that statements were true or that the wines had won a medal. However, photos only exerted these effects when information was difficult – that is, for those trivia statements that were difficult to answer and wine names that were relatively unfamiliar. Put more simply, decorative photos can lead you to believe claims about unfamiliar information.

Is one eyewitness repeating themselves as believable as three?

We asked subjects to read three eyewitness reports about a fictitious crime. We told half of the subjects that each report was written by a different eyewitness, and we told the other half that all three reports were written by the same eyewitness. In addition, half of these subjects read some specific claims about the crime (eg, The thief read a Newsweek magazine) in one of the eyewitness reports, while the other half read those same specific claims in all three reports. Later, we asked subjects to tell us how confident they were that certain claims made in the eyewitness reports really happened during the crime (eg, How confident are you that the thief read a Newsweek magazine?).

Would a name influence your evaluations of a person?

Your immediate response might be that it shouldn’t – people’s names provide no objective information about their character. We hope that we make decisions about others by recalling information from memory and gathering evidence about a person’s attributes. Indeed, research shows that when we have knowledge about a topic, a person or a place, we do just that – use our knowledge to make a judgement- and we can be reasonably accurate in doing so (eg, Unkelbach, 2007).

But when we don’t know a person and we can’t draw on our knowledge, we might be influenced by their name. As we have described, when people cannot draw on memory to make a judgement, they unwittingly turn to tangential information to make their decisions. Therefore, when people evaluate an unfamiliar name, tangential information, like the complexity of that name, might influence their judgements. More specifically, we thought that unknown names that were phonologically simple – easier to pronounce – would be judged more positively on a variety of attributes than names that were difficult to pronounce.

We showed people 16 names gathered from international newspapers. Half of the names were easy to pronounce (eg, Lubov Ershova), and half were difficult to pronounce (eg, Czeslaw Ratynska). We matched the names on a number of factors to make sure any differences we found were not due to effects of culture or name length. So for example, people saw an easy and difficult name from each region of the world and names were matched on length. Across three experiments, we asked subjects to judge whether each name was familiar (Experiment 1), trustworthy (Experiment 2), or dangerous (Experiment 3).

Although the names were not objectively different from each other on levels of familiarity, trustworthiness, or danger, people systematically judged easy names more positively than difficult names. Put another way, people thought that easy-to-pronounce names were more familiar, more trustworthy, and less dangerous than difficult-to-pronounce names. So although we would like to think we would not evaluate a person based on their name, we may unwittingly use trivial information like the phonological complexity of a name in our judgements.

Why is it that people believe these weird things and make mistakes when evaluating information? Our research suggests that decorative photos, repetition of information, and a person’s name all influence the way people interpret information. More specifically, decorative photos lead people to think information is more credible; repetition leads mock-jurors to be more confident in eyewitness statements – regardless of how many eyewitnesses provided the statements; and an easy-to-pronounce name can lead people to evaluate a person more positively.

Relying on feelings of fluency can result in sensible, accurate decisions when we are evaluating credible facts, accurate eyewitness reports, and trustworthy people. But the same feelings can lead people into error when we are evaluating inaccurate facts, mistaken eyewitnesses, and unreliable people. More specifically, feelings of fluency might lead us to think false facts are true, be more confident in inaccurate eyewitness reports, and more positively evaluate an unreliable person.

A common finding across our studies is that the effect of fluency was specific to situations where people had limited general knowledge to draw on. In the real world, we might see these effects even when people have sufficient knowledge to draw on. That is because we juggle a lot of information at any one time and we do not have the cognitive resources to carefully evaluate every piece of information that reaches us – as a result we may turn to feelings to make some decisions. Therefore it is inevitable that we will make at least some mistakes. We can only hope that our mistakes are comical rather than tragic.

The authors thank Professor Maryanne Garry for her invaluable guidance and her inspiring mentorship on these and other projects.

Another Candle Goes Out....