Ones for the history books

In the aftermath of the Christchurch earthquakes, Ken Ring’s predictions were widely, though often inaccurately, reported. David Riddell looks at Ring’s writings, and compares them with actual events.

Of the many stories coming out of the Christchurch earthquake, the claims and counter-claims surrounding long-range weather forecaster Ken Ring’s alleged quake predictions gained a surprising amount of media coverage.

Ring claims earthquakes are more likely to occur at times of New and Full Moons, with solar activity also playing a part in triggering tremors. The basic idea of tidal forces setting off quakes is not unreasonable, but has been thoroughly investigated by seismologists and found to be invalid. The forces involved are just too weak to have an effect, and there is no correlation between the timing of quakes and the position of the moon.

Skeptics should have no trouble recognising the perceived link between Ring’s predictions and actual events as a case of subjective validation, sometimes referred to as the Barnum Effect. Humans are terribly good at detecting correlations between events, even where there is no direct linkage. Ring predicted many things, most of which did not eventuate. He missed other, major events. Those who were predisposed to believe him remembered the times his predictions bore a resemblance to later occurrences (in fact often misremembering the prediction as more accurate than it was), while forgetting the misses.

Ken Ring’s website (www.predictweather.com) records his predictions, so it is a fairly straightforward process to check what he actually said, rather than relying on media reports. Here, then, is a timeline of events over the past few months, with edited highlights from Ring’s writings.

7 September: Ring states: ” …the next full moon [24 September] may present as an earthquake potential time … for New Zealand only N Cant/Marl may be in the zone.” Although: ” … nothing would eventuate if the 24 Sept tremors occur about 100kms down.” He continues: ” … a potential for earthquakes on the evening of the 1st” . And: ” Next year, the morning of 20 March 2011 sees the South island again in a big earthquake risk … As that date coincides with lunar equinox this will probably be an east/west faultline event this time, and therefore should be more confined to a narrower band of latitude. The only east/west fault lines in NZ are in Marlborough and N Canterbury. All factors should come together for a moon-shot straight through the centre of the earth and targeting NZ. The time will be just before noon. It could be another for the history books.” 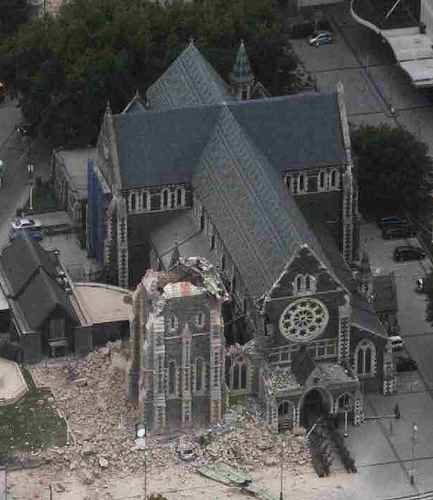 24 September: With magnitude 4+ aftershocks striking the Canterbury region at a rate of more than one per day (18 between September 16 and September 30), Ring claims a 4.6 aftershock near Rolleston as confirmation of the above prediction for this date.

27 September: Ring says the moon’s position on September 30 indicates a “potent time” for earthquakes. “And that will cover 1-3 Oct. If we get whales coming ashore somewhere around our coastline we can assume quakes near to NZ. Then we have 6-8 October which is when the moon is in new moon…”

7 October: >Ring begins to withdraw from the 20 March 2011 prediction, while playing down the possibility of another large quake for Christchurch: ” …it is again more likely than not that a significant shake may affect the South Island in March next year… We have not said an earthquake is certain on 20 March 2011, but there is potential for possible activity on an E/W fault line around the time and likely to be in the upper half of the South Island… But I don’t think we should live our lives in fear – we have to accept sometime that earthquake damage has always been a reality living in NZ and Christchurch got its turn recently. No doubt somewhere else will cop it next time. Yet we can observe in hindsight that the Napier earthquake didn’t come back to buzz Napier, nor have the Murchison and the Edgecumbe shakes returned to the same place. In fact we can confidently say quite the opposite, like the measles once you have had it you probably won’t get it again in your lifetime. So on the basis of historical probability, next March Christchurch might well be one of the safest places.”

Ring also predicts the Hokitika Wildfoods Festival will be hit by extreme weather: ” Gale westerlies and much rain is expected…”

18 October: Ring repeats: ” I would still not consider that another massive earthquake is certain, in fact I think it’s more likely not to be the case in Christchurch.” Then he hedges: ” For another disastrous event, Christchurch may or may not be in the firing line again; it could be Wellington or anywhere, and it may not even happen.”

20 October: ” … on the 27th, if there are cluster-shakes … they may be less close to Christchurch … these aftershocks will end soon for Christchurch, probably around the end of November.”

27 October: ” After tomorrow, the 28th, once the northern declination has passed, the numbers of shakes should decrease again, but should return with some of higher magnitude in the first week of November.“ (Emphasis in original.)

13 November: ” … it is reasonable to relax and asume that another devastating shake is unlikely to repeat anytime soon, despite a seismology-department knee-jerk reaction that a 6+ mag. earthquake aftershock could be arriving in the district at any time.”

22 November: ” There is no reason to suppose any aftershocks of significance will occur until [solar] flares climb again…”

26 December: Christchurch is rattled by a series of strong aftershocks, up to 4.9.

27 December: ” … the Christchurch shake is not part of some lasting new development, reaffirming that the activity of the past couple of days has probably been just remnants of general global disturbance due to the recent lunar eclipse. The main hits seem to have been to Vanuatu and Japan, and possibly NZ copped something because we share similar longitude. In a day or so things should be back to normal.”

14 February: ” [the] area of the sun that corresponds to NZ is again seeing some activation. The window of 15-25 February should be potent for all types of tidal action, not only kingtides but cyclone development and ground movement. The 18th may be especially prone. The possible earthquake risk areas are N/S faults until after 16 February, then E/W faults until 23rd. The moon will be full on the 18th and in perigee on the 19th. This perigee will be the fifth closest for the year. The 15th will be nodal for the moon. On the 20th the moon crosses the equator heading south. Strong winds and swells may arrive around 22nd to NZ shorelines. … For an earthquake to occur many factors have to come together, but sun activity, full moon and perigee are arguably the most potent, and they are all starting to chime now. Over the next 10 days a 7+ earthquake somewhere is very likely. This could also be a time for auroras in the northern hemisphere and in the southern tip of NZ. It may also be a time for whale strandings because of increases in underwater earthquakes. The 7+ is sure to be somewhere in the ” Ring of Fire” , where 80% of all major earthquakes seem to occur, and NZ is at the lower left of this Ring. The range of risk may be within 500kms of the Alpine Fault.” Note that this prediction does not mention Christchurch.

22 February: Christchurch is struck by a destructive 6.3 aftershock. Several claim it as confirmation of Ring’s 14 February prediction.

11 March: A magnitude 9.0 earthquake strikes northern Japan. The moon is a week away from full, and mid-way between apogee and perigee, one of the safest times for earthquakes by Ring’s prediction method.

20 March: As thousands flee the city in advance of Ring’s predicted “one for the history books“, a lunch to mark the occasion is held at the Sign of the Kiwi on the Port Hills. Journalist Sean Plunket is master of ceremonies, with MP Nick Smith and several Skeptics in attendance. The largest of the aftershocks, still occurring daily in the city, comes at 9.47pm, with a magnitude of 5.1. Some claim this confirms Ring’s prediction.
Photo credit: New Zealand Defence Force