Last week we ran a campaign to get self-proclaimed “spiritual medium” and “healer” Jeanette Wilson shut down. This woman is touring NZ, doing a show called Psychic Surgery, which purports to be able to heal people (not cure, mind!) of whatever ails them. The “mechanism” is that she communicates with a team of “spirit surgeons” who when work the magic (being the operative word!) on her rubes patients. But it’s all God doing the work – she’s just the medium.

We got some good publicity in the media (https://www.rnz.co.nz/news/national/400150/sceptics-aim-to-shut-down-nz-tour-by-spiritual-healer), after emailing all of the venues in a bid to get the hires rescinded, and the tour effectively shut down. Alas, it seems that the profit motive is stronger than the ethics motive. Of the venues that did bother to reply, the common response was that they could not be responsible for what goes on at their venues.

Of note is that Radio New Zealand actually interviewed Ms. Wilson. This is really worth a listen. Seldom do we get to hear woo merchants “put it all out there” and make the claims in public as to what they think they can do. https://www.rnz.co.nz/audio/player?audio_id=2018715951

Our activity does seem to have riled Wilson up. She’s made the claim that skeptics don’t attend her shows – if they did they’d see first-hand what an amazing healer she is, and, ridiculously, why aren’t the medical community studying her? Well, we have attended her shows. What we have seen is that the “healing” as such is likely to be placebo effects, and long-term relief is unlikely. What is surprising is that her spirit surgeons didn’t let her know that there were skeptics in the audience. So much for being able to communicate with “the other side”.

It’s also caused her to come visit our website – she probably has a Google Alert set up on her name (Hi, Jeanette!). This led to a tirade on her Facebook page where she ridiculously claimed that NZ Skeptics were driven (maybe even funded?) by “Big Pharma”. She was shocked that a NZ Charity would be promoting vaccines (which, you won’t need to be reminded, are safe and effective). Apparently, she will be complaining to NZ Charities – bring it on, we say!

We make light of her ridiculous shows, but there is a serious side, which is why we took action. People that attend these shows tend to be vulnerable. Our skeptics who attended the shows witnessed some people who appeared to be quite unstable, being subject to the attention of this woman.

As we’ve seen with other woo merchants, their woo doesn’t exist in a vacuum. Once you go down one anti-science rabbit hole, there are plenty of other warrens to keep you there. Wilson’s Facebook page is a scary (but amusing) place. She’s anti-vax (despite claiming she’s not), she’s a climate-change denier, and she’s also anti-5G. She also claims that you can cure your eyesight by throwing away your glasses and using pinhole glasses. She also sells a dietary supplement, Purple Rice Powder, which, we’re told, is earning her $20,000 a month. It just goes to show that there’s big money to be made in pseudoscience.

To conclude, we never really expected to be able to shut down her shows, though it would have been great to be able to do so. The hope for the future is education – a population that is science-literate is unlikely to fall for the ploys of charlatans pushing false hope. 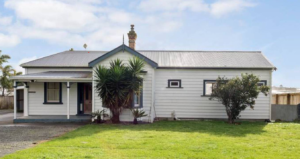 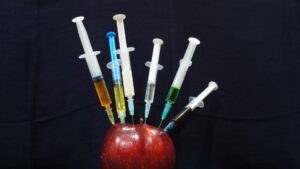 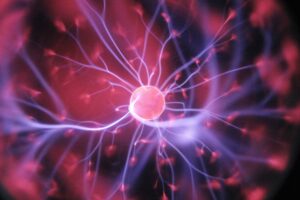