Welcome to the first of what we hope to be a regular newsletter email, keeping you up to date with the latest skeptical news from around New Zealand and overseas.

The big news this week has been the national election. At skeptical headquarters, we’ve been keeping a close eye on some of the more fringe political parties, and it’s been great to see that not many kiwis have been swayed by their radical ideas. In case you were too focused on whether the Greens were going to get a seat at the table, or if this is the last we’ll see of Winston Peters, here’s a summary of three of the more extreme parties, all of whom appear to have little respect for evidence:

It always seemed that Vision NZ, the party created by Destiny church, was destined to get very few votes. It’s hard to imagine that anyone outside of the church would ever vote for them, given their bad media image. Even though Hannah Tamaki headed up the party, everyone seems to have assumed (probably rightly) that her husband “Apostle Bishop” Brian Tamaki is the one pulling the strings. Given Brian’s prior pronouncements, including blaming gay people for earthquakes and telling his parishioners that Psalm 91 would protect them from COVID-19, it’s not surprising that the party received just under 3,000 party votes (around 0.1%). I reckon that probably aligns fairly well with Destiny church’s congregation numbers across the country.

The Outdoors Party came out early against 5G mobile communications, making unscientific claims that 5G is dangerous and that NZ should halt our rollout of 5G infrastructure immediately. They are also anti-fluoride, anti 1080 and want DHBs to offer alternative medicine alongside medicine that actually works. Thankfully, like Vision, the Outdoors Party also received a little under 3,000 party votes.

Advance NZ were really the party where it was all happening. Advance NZ was set up by Jami-Lee Ross after he resigned from the National Party, and earlier this year the party joined with Billy Te Kahika’s Public Party – because Billy TK was too late to register his recently formed Public Party in time for the election. The Public party was formed by Billy after he spent a lot of time during lockdown reading conspiracy theories on the internet. David Farrier (who does some amazing skeptical work) wrote a great breakdown of when and how Billy got sucked into conspiracy thinking.

The Advance NZ/Public Party conspiracy tent is big, and pretty much everyone with fringe beliefs has been welcomed in. Let’s take a look at some of the more well-known conspiracy-minded candidates and staff – see how many names you recognise:

Billy Te Kahika
Billy’s silly ideas are wide-ranging, although he seems particularly enamoured with the Agenda 21/Agenda 2030 conspiracy, where governments are apparently using the UN’s efforts to promote sustainable living as a pretext to remove all our liberties – and eventually place us all in concentration camps. A few months ago he was interviewed by Vinny Eastwood, where he was asked a quick-fire set of questions about many different conspiracy theories. Unsurprisingly he expressed his support for most of them, and only said he wasn’t sure about a couple – including, from memory, the idea that the earth is flat. Billy managed to attract 976 votes.

Siggi Henry
Siggy Henry, Advance NZ’s Hamilton East candidate, has made the news in recent years as a Hamilton councillor, with such antics as trying to get free flu jabs for council staff defunded, being rabidly anti-vax and anti-fluoride, claiming that tampons and mammograms cause cancer and saying that overweight people are a health hazard because because they might fall on you. More on her dangerous views can be read at The Spinoff, in an article titled “ Is Siggi Henry New Zealand’s most dangerous city councillor?”. She received just 211 votes.

Nigel Antony Gray
Nigel is a Scientologist, and that fact alone should have been enough to ensure that nobody voted for him. Nigel rose from obscurity when he “predicted” an earthquake a few years ago in his Weather Modification Facebook group. On the back of that prediction, his group received thousands of new members – at which point Nigel performed a bait and switch, changing the group name to Spiritual Awareness and trying to promote Scientology to his new members. Nigel once told me I should get a colonic irrigation (I think I’d upset him by telling the media he was a crackpot, and I presume he was trying to say that I was full of shit). Nigel received a surprising 356 votes from the Wairarapa, which is more than the number of Scientologists in the entire country (321, as of the 2018 census).

Ricky Cribb
“Uncle Rick” (as he calls himself) appears to be somewhat famous because of his nephew, William Waiirua, who appeared on Dancing With the Stars on TV. Ricky can usually be easily spotted at Advance NZ rallies, as he wears a trademark red suit and “cyclops” sunglasses. He pushes a variety of conspiracy theories on his Facebook page. Ricky received a whopping 664 votes, but I wonder if most of those votes were from those who know him for his Michael Jackson impersonation, complete with nunchucks and helium balloons filled with glitter, rather than for his political views. Truly a performance that needs to be seen to be believed.

Jeanette Wilson
Jeanette is well known to the New Zealand Skeptics, as we have had several run-ins with her in the past, calling her out for her daft psychic readings, channeling, pictures of “orbs” and promotion of dodgy medical devices and psychic surgery. This year, in the midst of being embarrassed in the media as part of a sting operation run by Susan Gerbic from the US and several local skeptics, the all-round nonsense spewing psychic Jeanette Wilson announced that she would be running as an Advance NZ candidate. However, less than 24 hours later her candidacy was over. One has to wonder what happened that a party as weird and wonderful as Advance NZ ended up being incompatible with a shyster like Jeanette Wilson.

Vinny Eastwood
If you came to the NZ Skeptics’ conference in Wellington a few years ago, you’ll know who Vinny Eastwood is. If not, all I can suggest is that, to borrow a phrase from the conspiracy theorists, you “do your own research”. Honestly, nothing I could say will compare to the joy (or anguish) of watching Vinny’s ups and downs as he interviews yet another crank on YouTube.

Although Vinny didn’t run as a candidate, he did lend his support for Advance NZ, including weekly chats with Billy TK and interviews with several other candidates. Vinny constantly promoted Advance NZ because, in his words, a vote for Advance NZ is the only way to stop communism from taking over New Zealand. Oh, and also because Billy TK paid Vinny $1,000 towards the cost of fixing his wife’s car – I’m not making this up!

Mary Byrne
Another helper beavering away in the background of the party, Mary Byrne is best known to skeptics as the longtime head of Fluoride Free NZ. By all accounts, she’s a committed volunteer, and she has been working tirelessly in New Zealand for many years trying to undermine science-based public health policy. Like with her Fluoride Free NZ work, I presume that Mary prefers to work in the background for Advance NZ, and would rather not have her name and face become public.

With all of these luminaries involved with Advance NZ, I was surprised that Ken Ring was nowhere to be seen. Maybe his ego is just too big for him to work under someone else’s leadership (which appears to be what happened when Vision NZ pulled out from a merger with Advance NZ at the last minute). I wonder if, next election, he may try to start his own political party. Given Ken’s recent descent into posting nonsensical ramblings that feel like a collection of thoughts he had while sitting on the loo, it wouldn’t surprise me!

Overall Advance NZ received a little over 20,000 party votes (about 0.9% of the vote). Early on in their campaign I used to joke at the Wellington Skeptics in the Pub meetings about how silly all these people seem to us skeptics. But, over time, we started to talk about just how dangerous a lot of Advance NZ’s pseudo-scientific views are. With nearly 1% of voting kiwis giving their party vote to Advance, it’s scary to think that, if the party stays around for the next three years, they may be able to push this number up to the point where they actually become relevant.

As skeptics we need to be ever-vigilant, and call out nonsense when we see it – both in public, and privately with our own friends and family members. Bad thinking should not be allowed to go unchallenged, as it has a tendency to spread if left unchecked. 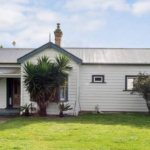 Chair of the NZ Skeptics, President of the Humanist Society of NZ, Society for Science Based Healthcare co-founder and Skepticism Today podcast host.