The terms “climate change” and “global warming” tend to be used interchangeably. This can create confusion and misunderstanding. While the underlying general warming is increasing at a comparatively steady rate due to greenhouse gas emissions, the climate changes triggered by the underlying warming can lead to extreme weather events that go to wild extremes ranging from drought to blizzards. This can lead to misguided ridiculing of climate change when extreme cold weather events occur.

It is notable that as early as 1988 when the United Nations realised the need to form a specialist organisation to address the issue, it chose the name Intergovernmental Panel on Climate Change (IPCC) not Intergovernmental Panel on Global Warming. Even that long ago, the science community understood that the key issue facing humanity was not the underlying warming trend, but the changes that it would cause to global climate patterns, leading to a variety of catastrophic extreme weather events in various localities around the globe.

In this article, we generally use the more correct and accurate term “climate change”.

Until recently, the NZ Skeptics steered clear of participation as an organisation in the climate change debate. This was partly because there have been varying opinions within the membership. Also, the issue was seen as a science versus science debate, rather than science versus pseudoscience. Nevertheless , over a number of years there has been vigorous debate among members as individuals.

By 2014 the science had become increasingly settled, and there is now an overwhelming consensus among appropriately qualified scientists that human-induced climate change is real and is a serious problem that demands urgent and concerted action. Also, there was increasing concern among the NZ Skeptics membership that we were being confused in the public mind with the community of climate change doubters and deniers who dub themselves as sceptics. Accordingly, in 2014 the NZ Skeptics committee agreed to issue a position statement to clarify the society’s views. It was:

Inevitably, there were some within the organisation that felt that the statement was too weak while others questioned the right of the committee to take such action on behalf of the membership as a whole.

In this short article, it is not possible to traverse all the scientific arguments supporting the reality of human-induced climate change. Multiple studies published in peer-reviewed scientific journals show that 97% of peer-reviewed scientific literature agree that climate-warming trends over the past century are very likely due to human activities. Most of the leading scientific organisations worldwide have issued public statements endorsing this position. Moreover, this consensus among climate scientists is reinforced by findings in various other scientific disciplines.

The hypothesis that greenhouse gases could cause global warming was first mooted in the 19th Century, and it has been several decades since scientists first issued warnings that warming was occurring and could cause widespread climate change and trigger severe weather events.

Usually, when scientists develop a hypothesis, the scientific method demands that they run experiments to test it. In this case, that was obviously impossible, and the world had to wait to see whether the climate change hypothesis was correct. With the passage of time, the remarkable foresight of those early scientists has become apparent, as people in various parts of the globe become affected by the growing frequency and severity of extreme weather events. The validity of the scientific method and the scientific consensus is increasingly being demonstrated in ways that non-scientists can appreciate.

This raises the question of whether extreme weather events are caused by climate change or whether they would have occurred regardless. The most rational answer is that the changes to the global atmospheric and ocean environments in which weather occurs mean that all extreme weather events are different to what they would have been without climate change.

Over the last decade or so, the arguments put forward by the climate change doubters and deniers have changed. At first, many completely denied that warming existed at all, and in fact there are still some extreme deniers, particularly among talkback hosts and right-wing politicians, who maintain that climate change is some sort of huge global conspiracy or hoax. However, most of the doubter community has moved to a position of accepting that warming exists and that it is at least partly caused by human actions.

The arguments now put forward by the more rational end of the doubter community tend to revolve around doubts that the impacts of climate change will be as serious as is predicted and doubts that the potentially disastrous feedback loops forecast by some scientists will actually occur. This is often accompanied by an optimistic view that mankind has the technological ability to adapt to the changes that will come. On this last point of the ability to adapt, it is perhaps important to note that climate change is forecast to cause global and fundamental changes to global weather and sea levels. While mankind has shown the ability to adapt to many circumstances, the fact remains that we have never been able to truly cope with the more extreme events that nature throws at us, such as earthquakes, eruptions, tsunami, floods and tornadoes. There must be real doubt that we can cope with the sort of global consequences that climate change will bring.

In many ways, the debate about climate change has parallels with the debate about evolution. When Charles Darwin put forward his hypothesis about evolution by natural selection in the mid-19th Century, it met a storm of protest from vested interests, as has occurred 100 years later with the climate change debate. In the case of evolution, the protest was led by the churches, whereas for climate change, the charge has been led by big business. However, it is interesting to note that, in the USA at least, the main political opposition in both cases has come from the fundamentalist right.

In both cases, the tactics have been somewhat similar, including cherry-picking of the science and radical claims about world takeovers and conspiracies.

Following the decades of debate, the NZ Skeptics now feel confident in agreeing with the overwhelming scientific consensus that climate change is real, with human activity being a major contributing factor. We are satisfied that the problem is already sufficiently real and serious that urgent worldwide action is required. Nevertheless, we accept that precise predictions about the future course of events and the future ability of mankind to adapt might be subject to change as the evidence accumulates. That is the nature of the scientific method. 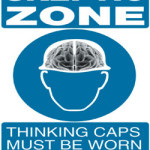 NZ Skeptics on The Skeptic Zone

The "Law" of Attraction