The submission below was given via a Zoom call to Members of the Justice Committee on Wednesday the 15th of September 2021, as a follow-up to the Society’s written submission. The submission was presented by committee members Bronwyn Rideout and Mark Honeychurch, and MPs asked questions after the submission was read out.

We often hear of conversion therapy as a thing that happens in the United States of America – controversial figures such as Joseph Nicolosi, and groups like NARTH and Exodus International. So it’s been horrifying to read stories in the news over the years, and especially recently, about New Zealanders who have endured this dubious therapy.

Professional bodies around the world have evaluated the evidence, and broadly agree that conversion therapy should never be used. In New Zealand, the relevant professional bodies consider the practice to be against their code of ethics.

We know there was a study conducted by Robert Spitzer that is often used as evidence for the efficacy of conversion therapy, but Spitzer retracted the study, and later said “I was quite wrong in the conclusions that I made from this study. The study does not provide evidence, really, that gays can change.”

J. Michael Bailey’s 2016 review of the scientific literature concluded that “There is no good evidence that sexual orientation can be changed with therapy, and we strongly doubt it can be.”

A 2017 literature review from Cornell University looked at 47 scientific papers on conversion therapy. Of the 13 papers that were able to come to a conclusion about the therapy, 1 claimed it was successful and 12 claimed it was ineffective or harmful. The review concluded that “there is no credible evidence that sexual orientation can be changed through therapeutic intervention… There is also powerful evidence that trying to change a person’s sexual orientation can be extremely harmful.”

The evidence is clear. Conversion therapy does not work, but it is harmful.

Not that numbers should matter, but we’re at the point now where half of New Zealanders are not religious. There really should be no exemption for religious groups to be able to continue facilitating or offering conversion therapy. We hope that this bill will ensure that any individual – or organisation – involved in providing conversion therapy will be held accountable.

We know that health practitioners are not above making bad decisions, such as offering unproven therapies. For example, some GPs in NZ currently offer their clients therapies such as homeopathy that we know through scientific testing don’t work. It’s not a stretch to imagine that some health practitioners would consider it acceptable to offer conversion therapy. We therefore think it is unwise to give health practitioners any kind of exemption in this bill.

Many countries, such as India, Taiwan, Brazil and Germany – and parts of Australia, Canada and the US – already have conversion therapy bans in place, and Israel and the UK are currently in the process of introducing a ban. Several other countries, such as Argentina, Fiji and Samoa, have a specific ban on health professionals offering conversion therapies. We’re a little behind the curve on this important issue, but it’s great that as a country we’re finally doing something about it.

Given the lack of evidence of efficacy of conversion therapy, and the clear harms it causes, it seems like a no-brainer that we should have a law banning the practice. We hope that this new piece of legislation not only becomes law here in New Zealand, but also that it doesn’t end up being watered down to the point that it becomes ineffective. We hope to see this legislation become something that properly protects those who are at risk from being given conversion therapy, no matter who is organising or providing it. These at-risk people absolutely do not deserve to be told that their sexual orientation, or their gender, is “wrong”, and that they can be “fixed” through the use of a pseudoscientific, damaging treatment.

Skeptic News: You can do anything that you wanna do 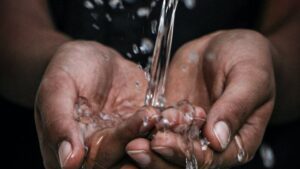