The NZ Skeptics believe that the available scientific evidence shows community water fluoridation to be both a safe and effective measure for reducing incidence of tooth decay. What we see in the behaviour and tactics of the anti-fluoridation movement in New Zealand echoes similar behaviour we see from other ideologically anti-science groups, such as the anti-vaccination movement. This includes “cherry picking” of only the evidence that supports their position while ignoring any data to the contrary, misrepresenting scientific studies, and flouting New Zealand regulations in order to misinform the public.

We believe that the anti fluoridation movement has come out against this bill not because they believe that local councils are better able to make healthcare decisions for the public, but because it is easier for them to influence and subvert these decisions when they are made at a local council level – as we have seen them do in the past.

The NZ Skeptics support the proposed change of moving the decision to fluoridate water supplies away from local councils, and transferring it to District Health Boards

As water fluoridation is a public health measure, we believe that DHBs will be better suited to make an informed decision than local councils are. DHBs have staff on hand who are proficient in reading and analysing scientific studies, and they also monitor the health of their district’s residents. These two skills will allow DHB staff to advise the Board members of each DHB as to whether fluoridation is an appropriate measure.

We would like to note that if a change is made to move the decision making process to central government rather than to DHBs, we would be supportive of this move.

Thank you for the opportunity to be able to give our opinion on the proposed change to this important health measure. 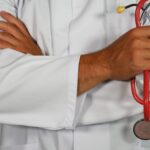 Consultation on amendment to the Medical Council's statement on advertising 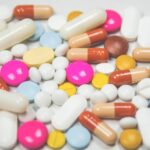