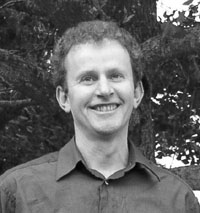 Checking facts should be part and parcel of academic life, but too often it isn’t done.

The late David Lange opened his 1990 book Nuclear Free: the New Zealand Way with a remarkable story. He wrote that on a winter evening in 1962, he was 20 years old and walking home near Auckland when he saw a blood-red moon and shafts of light in the sky:

They were red and white. They extended across the night like the ribs of a fan. They were spinning, they were intermingling. The sky was diffused with a ghastly brush of red. It was an unnerving spectacle. Lange’s book says he soon learned from the radio that the United States had tested a nuclear bomb by launching it on a rocket and exploding it above Johnston Atoll, which lies in the North Pacific, about 1300km southwest of Hawaii. The sight of a nuclear explosion disturbed him, Lange wrote, and he was haunted thereafter by the fear of nuclear war.

Scholars have dismissed Lange’s story. In a 1994 article in the Journal of Imperial and Commonwealth History, historian GP Taylor from Sheffield University denied that Lange or anyone else in New Zealand could have seen any such display. In the perverse article — the point of which was to justify France’s bombing of the Rainbow Warrior — Taylor wrote:

His religious upbringing coupled with a lively imagination seem to have affected Lange here. Johnston Island is over 4000 miles from New Zealand and the impression he gives of what he saw was impossible from that distance.

It would have been easy for Taylor to check the facts. He simply had to look in the New Zealand Herald for the winter days of 1962 to see if there were reports of a spectacle in the evening sky. The Journal of Imperial and Commonwealth History is a refereed periodical, and it would have been easy for the anonymous referees of Taylor’s article also to check his claim that Lange’s story was false. None of these scholars did the job. In fact, a big photograph of the sight covered the top of the front page of the Herald on 10 July 1962. The photo was captioned: “The spectacle in the Auckland sky shortly after 9 o’clock last night.” Under the headline ‘Aurora’ Lights N.Z. Sky, the newspaper described the sight:

A deep red “aurora” striped with jets of white light swept in a broad band over the New Zealand sky after 9 p.m. last night — seconds after a United States task force exploded a high altitude nuclear device of “megaton-plus” power over Johnston Island — 4000 miles to the north.

Watchers from Whangarei to Central Otago reported the eerie glow. An astronomer theorised in his Herald column that the results of the blast were visible in the South Pacific because:

“the electrons released by the bomb dropped quickly to the level where auroras normally occur, between 80 and 120 miles, and then dashed rapidly along the line of magnetic force which links Johnston Atoll with the north and south magnetic poles and which travels over New Zealand.” 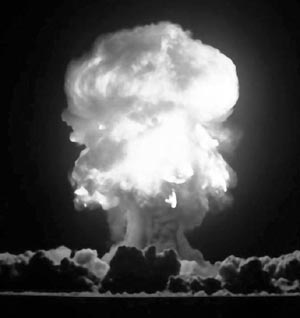 After finding the story on the front page of the Herald, I wrote an article about the effect of the sight on David Lange and on the development of anti-nuclear attitudes in New Zealanders. My article mentioned how GP Taylor — and, by implication, the Journal of Imperial and Commonwealth History — got it wrong. I submitted the article to the journal. The referees rejected the article and did not even suggest how I might revise it to make it acceptable. Neither did the Journal of Imperial and Commonwealth History print a correction to their earlier article.

Lange’s connection of an unusually red sky to a nuclear test is also, one must add, highly implausible. The earth’s rotation alone renders Lange’s anecdote an illusory one, but illusion is also part of the anti-nuclear story, notwithstanding its central position in New Zealand’s contemporary political culture.

Neither Taylor nor Johansson nor the referees in Britain or New Zealand bothered to check whether or not the former prime minister of New Zealand was telling the truth before they alleged he was deluded. As for my article? It was published in Auckland University’s e-journal Asia Pacific Cultural Studies and is online at www.apcsjournal.org/pdf.php?type=article&id=5

The article will earn me a small tick on my PBRF report. Had Taylor published his article recently in New Zealand, then he also would get a tick. His tick would probably be bigger than mine because of the status of the Journal of Imperial and Commonwealth History. Johansson’s book will earn him a big tick. Hopefully, the substantial issue of David Lange’s reputation will not be lost.