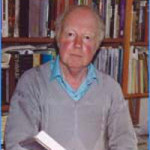 In 1976, several arch-sceptics got together in the USA to found the Committee for Scientific Investigation of Claims of the Paranormal (CSICOP). In New Zealand in the early 1980s, several academics from Canterbury and Otago universities were active in publicly questioning matters such as psychics, Uri Geller, the Shroud of Turin, and psychic surgery in the Philippines. In 1985, discussions among David Marks, Denis Dutton and a few others led to the idea of a national society.

On Waitangi Day in 1986, a small group met at Canterbury University to decide whether the time was ripe to launch such a venture. The decision was made to proceed, with a low subscription designed to attract a wide membership. Newly-appointed Treasurer Bernard Howard left the meeting with $70 in cash, being subscriptions from the seven founding members. These members were:

After some discussion about a name for the new group, it was decided to follow the American model and adopt the name New Zealand Committee for Scientific Investigation of Claims of the Paranormal (NZCSICOP).  However, the informal name New Zealand Skeptics has always been widely used. 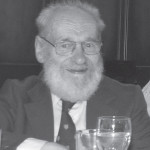 It was also decided to adopt the American spelling “skeptic” rather than the British “sceptic.”  It seems that this was done for consistency with the American organisation, to try to differentiate from the wide perception of a “sceptic” as being cynical and negative, and to differentiate between the ordinary use of the term and one referring to the organisation and its members.

It was agreed that Bernard Howard’s mail box at Lincoln would be the society’s postal address.  Rather ironically, the only post office box number that had been available for him was 13, and this remained the organisation’s address for some years.

In 1986, the first conference was held, the organisation was registered as an incorporated society, and the first newsletter was published.

In 1988, the organisation came close to disaster, when a member published a series of newspaper letters accusing a psychic of fraud and criminal intent to deceive.  The psychic brought a defamation action and was duly awarded $12,000 in damages, $6,000 to be paid by the member and $6,000 by the newspaper owners. Fortunately, because of prudent wording in the constitution and the wording of public statements, the NZCSICOP was able to avoid being a party to the action. However, this was a salutary lesson, and great care has been taken since to ensure that only designated people can make public statements on the organisation’s behalf, and that accusations of fraudulence and cheating are scrupulously avoided. 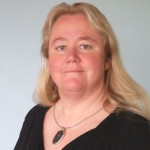 In 1990, Vicki Hyde and her husband Peter became members, and provided much of the driving force behind the organisation for many years.  Vicki was the “Chair-entity” until 2010, and is still the primary media spokesperson and the “go-to” person when the media require a sceptical point of view on a subject.

Although the NZCSICOP name referred to investigations of the paranormal, the organisation soon also became concerned about the proliferation of pseudoscience. Matters that have attracted attention have included anti-vaccination campaigns, anti-fluoridation campaigns, creation “science”, and in particular, the alternative health industry.

The organisation achieved major media coverage in 1989 by staging a mass firewalk at the annual conference.  A more recent public spectacle was the mass attempt at suicide by overdosing on homeopathic remedies.

In general, religion has not been specifically targeted.  This is partly because it was felt to be the province of other organisations, but also because people with some degree of religious belief may be genuinely sceptical about aspects of the paranormal and pseudoscience.  In addition, the emphasis on scientific investigation of paranormal claims does not lend itself to the direct confrontations of religious beliefs per se, although testable claims — such as those made by expeditions to an alleged Noah’s Ark —  have been handled by the organisation. 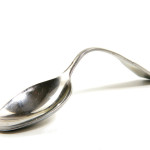 Regular activities over the years have been the annual conferences, the quarterly newsletter and the Bent Spoon and Bravo awards.  The Bent Spoon usually goes to a person or organisation responsible for a demonstrable lack of critical thinking in the public arena; typically, but not always, members of the media. Media “winners” in the past have included Paul Holmes, Consumer Magazine, Country Calendar, and most of the mainstream newspapers and television news programmes at one time or another. Non-media but well-publicised Bent Spoon winners have included Wellington Hospital for supporting healing hands therapy, the Tertiary Education Commission for identifying homeopathic training as a nationally important strategic priority and, more recently, Green Party MP Stefan Browning for supporting the use of homeopathy to fight the Ebola virus.  The Bravo awards normally go to media professionals who have published good searching material about the paranormal or pseudoscience.

In 2007, the decision was made to formally change the name of the organisation to NZ Skeptics Incorporated. More recently, the constitution has been updated to reflect 21st Century realities regarding matters such as electronic communication, and to remove the provision for a “Chair-entity” and replace it with the more conventional “Chairperson”. Another positive step has been the use of videoconferencing, enabling monthly meetings of the committee. 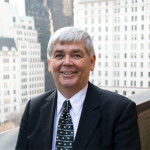 Climate change has been a thorny issue for the organisation since it emerged as a matter of international concern. There has been a wide spectrum of opinion among members and at times some quite heated debate. To some extent, it was seen as a matter outside the ambit of the organisation, as it could be characterised as a science versus science debate rather than science versus pseudoscience.

However, in 2014 the committee of the time decided that it was time for the society to declare a firm stand on climate change. The science had become increasingly settled, and there was concern that the society and its members were being confused in the public mind with the climate change sceptics and deniers.  The committee published the following position statement in the newsletter.

A new logo, website and revised journal were launched in early 2015.

Much of the information about the early history of the society was derived from articles written some years ago by Bernard Howard and Warwick Don, both now deceased.