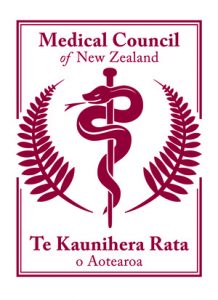 1. Do you agree with Council’s proposed prohibition of the use of testimonials in medical advertising? Why or why not?

We agree. Testimonials are by their nature anecdotal, and as such their use in medical advertising is problematic for a number of reasons. These can be summarised by stating that it is impossible to imply any meaningful evidence of efficacy from a testimonial.

Although testimonials do not demonstrate the efficacy of a treatment, or the ability of a doctor, they do tend to influence a patient’s choice. Many patients will not understand the distinction between evidence and testimonials, and could easily be led to assume that a testimonial is direct validation of a medical service. Evidence offered to aid a patient’s choice, in the form of well designed trials, systematic reviews and meta analyses, should be the kind of supporting evidence offered by a medical practitioner. Prohibiting testimonials would serve to eliminate a potential emotive factor from a patient’s choice, leaving them with the confidence that they have not been unduly influenced in this way.

If testimonials were allowed to be relied upon to persuade patients to seek treatment from a medical doctor, there could never be certainty that the true balance of testimonials was in favour of the medical service. Intellectual dishonesty, amounting to data manipulation, could never be ruled out.

Additionally, any tendency for wishful thinking and the “I’ll try anything” rationale, which is human nature (especially among seriously ill patients), is particularly susceptible to the use of testimonials.

For the most part, we agree. However we would like to offer a few suggestions.

Firstly, Footnote 7 states “you are not responsible for any unsolicited testimonials or comments that are published on a website or in social media over which you do not have control of”. This seems like a possible loophole, and we wonder if wording about taking reasonable steps to prevent or remove such unsolicited testimonials should be included here. Clearly practitioners should not be held responsible for things said out of their control. However, a less scrupulous practitioner might use this exemption to circumvent the prohibition of testimonials by keeping themselves separated from the direct process of solicitation, perhaps via the use of a proxy.

Secondly, the proposed definition refers specifically to “a doctor’s care, skill, expertise or treatment”. However some websites, such as that of the Apollo Medical Centre (http://www.apollomedical.co.nz/testimonials.php), include testimonials that refer to the centre as a whole rather than to specific named doctors. The following testimonial from ‘Sarah’ is an example of this:

“When I came to Apollo Medical as an acute patient visiting from Wellington, I felt self assured and confident that I was getting very good care.  Everything ran very smoothly with my visits being followed up by the nurse and the results clarified by the doctor.  When it is not your regular medical centre you do feel quite vulnerable, but at Apollo I felt very well cared for, even though I was not a regular patient.  Everyone was very pleasant and kind, and I would not hesitate to go there again if needed.” [Emphasis added]

Sarah refers to her feelings about the quality of care that she received from the medical centre as a whole, including at least one nurse and doctor. It’s unclear whether this type of testimonial would fall under the definition given by the Medical Council, and we suggest rewording to extend the clause to cover testimonials where doctors are a part of the group being endorsed, to the extent that they have control over this advertising.

3. Are there any other changes that Council should incorporate to Clause 13?

Yes, we would like to see Council include a sentence such as “Doctors should not solicit patients to submit testimonials to third party websites” in Clause 13, or alternatively in Footnote 7.