In honour of the 200th birthday of Charles Darwin and the 150th anniversary of the publication of his dangerous idea.

FEBRUARY 12 is Charles Darwin’s 200th birthday, and the old guy, or at least his ideas, are still in pretty good shape. While evolutionary theory has been broadened and elaborated extensively in the 150 years since The Origin of Species was published in 1859, Darwin’s fundamental concept of natural selection remains central to our understanding of life’s diversity. New Scientist noted that 2009 is also the 400th anniversary of Galileo’s first use of the telescope, and used this as an excuse to ask a panel of eight whether Galileo or Darwin had done more to knock man off his pedestal. Opinion was divided, but Darwin was favoured by a small majority. One comment in the introduction by Michael Brooks was that Galileo has had more impact in the long term. His rationale for saying this was that far more people believe the Earth goes round the sun than believe people are descended from animals via natural selection, with the figures in the US being 80 percent and 50 percent respectively. Perhaps this is just a

It’s been another busy year, mostly working behind the scenes, with the occasional burst into the public arena.

For the second year running, we celebrated Darwin Day, with a birthday cake and Darwin Day lecture in Christchurch. It would be great to see other areas join in to put February 12 on the calendar as a day to celebrate science and humanity. Anyone interested in doing this should contact me for Darwin Day support material and ideas.

The Darwin Day Collection Volume One was published in the US, with a selection of articles from New Zealand skeptics sitting alongside material from the likes of Richard Dawkins, Steven Pinker and assorted stellar luminaries. There are plans to put a collection out every couple of years as part of the international Darwin Day activities. Copies are still available from the secretary.

Following on from the discussion at last year’s AGM, we ran a Teaching Critical Thinking Competition, offering a $1000 prize for a one-page teaching resource that could be used by teachers and parents. The competition announcements were picked up by a wide range of educational publications and passed on through email groups; we also thank Jonathan Harper who kindly included posters within a mailout he was sending to schools.

Around 30 entries came in from round the country, with the winning entry dealing with assessing the evidence for the existence of the moa. We are using the entries to develop a kit which we hope to distribute to schools as part of the second competition’s promotional activities, and have applied for NZ Post Community Post support to help with that.

The 2002 AGM proposed that “NZSCICOP petition the House of Representatives for the estab-lishment of a Royal Commission of Inquiry into the Civic Crèche Case and the judicial and forensic counselling issues arising therefrom.” Moves to do so had got under way when we were contacted regarding what has been termed the “VIPs’ petition”. The suggestion was that Parliament would find it more difficult to ignore a petition coming from those perceived to be influential members of the community. The committee agreed to put their support behind this initiative, and I signed the VIPs’ petition as Chair of NZCSICOP. We also provided information on the petition and its later expansion, via the website and email alert list.

The petition is very similar to the motion as passed at the 2002 AGM:

“We the undersigned petition the House of Representatives to urge the Government to establish a Royal Commission of Inquiry, presided over by a Judge or Judges from outside the New Zealand jurisdiction, to enquire into all aspects of the investigation and legal processes relating to the Christchurch Civic Crèche case. This case is one of great public and professional concern, and raises serious questions about the administration of justice and the working of existing laws, which must be addressed.”

Media contacts continued throughout the year, with requests for television appearances, expert advice and commentary. Among the contacts were Isola Productions, NZ Radio Training School, Bay of Plenty News, Plains FM, Newstalk ZB, and Next magazine. UFOs were a big thing at one stage, with no fewer than four independent contacts in the space of two months.

The National Radio Sunday Supplement provided a useful slot to publicise our concerns. At the beginning of the year I covered problems with homeopathic “vaccines” being sold in Auckland and, interestingly, made contact with the president of the NZ Homeopathic Society, who was equally concerned. Should these vaccines rear their heads again, we’ve agreed to issue a joint release condemning the practice! Another Sunday Supplement concerned the topical issue of the Pan Pharmaceuticals recall, which dealt an all-too-brief blow to the credibility of the supplement industry.

We had a very intense flurry of activity when discovering by accident that the Ministerial Advisory Committee on Complementary and Alternative Health had apparently called for submissions on introducing, regulating and integrating CAM care in New Zealand. Despite contacting them fairly regularly over the past couple of years, we hadn’t made it on to their notification list…. With four days to the deadline, we managed to pull together comments and material from researchers worldwide to produce a 30-page submission, and made this available for viewing online.

The website and email alert list continued to be useful in getting information out to members, the media and the general public. As well as the CAM section, we added sections on the Christchurch Civic Crèche petition, magnet therapy, and more information flyers for downloading and printing with more in the pipeline. There is a proposal to provide full sets of the flyers to members for local distribution, and this was discussed at the AGM.

Bravo Awards were distributed as nominations came in, and have been made to Alan Pickmere for sterling work regarding alternative medicine claims in Northland; and Barry Colman for putting his money on the line with his publication of transcripts from the Christchurch Civic Crèche case. I’d encourage you all to keep an eye out for people who deserve a pat on the back as it is good to be able to be positive and, importantly, be seen to be positive.

I’d like to conclude by expressing my strong thanks to Joanna Wojnar, who almost single-handedly pulled the conference together by being our person on the ground. She’s a great example of how one person can make a significant contribution.

The year got off to a good start with a series of successful meetings run by our Auckland colleagues in conjunction with the Rationalists, and I thank those involved for their efforts. I’d also like to thank Claire le Couteur and others who, in conjunction with Philip Catton of the Canterbury Society for the History and Philosophy of Science, organised a local Darwin Day celebration at short notice. That was on February 12, and was our first participation in an international effort which should see us mark the occasion each year, culminating in 2009 with the 150th celebration of the publication of Origin of Species.

I have become the convenor of the International Representatives for the Darwin Day Project, based in the US, which is looking to encourage celebrations around the globe. A number of local Skeptics have contributed to the first Darwin Day book, to be published next month – in company with the likes of Richard Dawkins, Daniel Dennett and Stephen Pinker.

In June, I was fortunate enough to attended the 4th World Skeptics Conference and be firmly convinced, once again, that the level of quality and humour of our own conferences rank among the best in the world. One contentious debate at the WorldCon was whether religious, economic and political criticism should be a part of the skeptical purview. As a consequence, we surveyed our members to assess whether this view was supported here. It seems fairly clear that you support the distinction between those claims which are scientifically testable and those which are not, though the actual topical focus has changed over time.

We’ve produced a new edition of the membership form. These can be passed on to people who may be interested in the cause, put on file with the local library and so forth.

We’ve also started production of a series of informative brochures which will be available for general distribution in both print and online form. So far, these have included flyers on acupuncture, astrology, creation science, UFOs and others. I’d like to acknowledge the valuable assistance of Laurie Eddie of the South Australian Skeptics who has provided text files of the brochures which they produced, and which sparked our activity.

The minutes of the last AGM covered plans we had for the website, almost all of which have been put into place. These include:

A proposal to run a teacher-oriented competition to encourage critical thinking and develop useful teaching resources is one that was sparked by Alastair Brickell shortly before this conference, and we look forward to it helping to raise the profile of the society. We’ll also be working on boosting the media image of the Skeptics, in response to comments from the survey. I expect 2003 to be another busy but productive year. 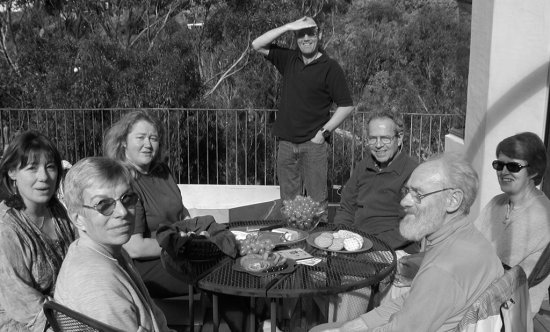