“Face” on Mars a Trick of Nature 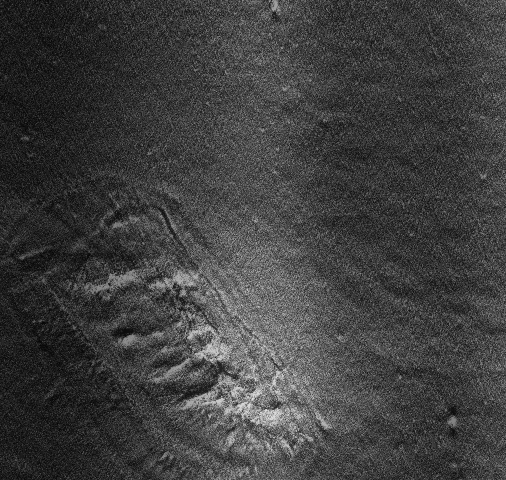 There is no “face” on the Red Planet, according to pictures sent back from the orbiting Mars Global Surveyor. The BBC’s science correspondent says the news will dampen down the controversy that has raged since images were transmitted back to Earth in 1976 from the Viking spacecraft.

In the Cydonia region, an area of isolated mountains and shifting deserts, Viking spotted a mountain that looked like a human face staring up into space.

While scientists said it was just a trick of nature, others argued that the so-called face was artificial, having been built by a long-dead Martian civilisation. They agreed though, that only with better pictures could the issue be resolved.

Now, at the start of its two-year mission to map the planet for landing sites for future unmanned probes, Mars Global Surveyor has finally settled the issue. Looked at in more detail the “face” becomes just a pile of rocks and sand.

We see faces all around us, in clouds and in the patterns on curtains and carpets. Is it surprising that our attention was drawn to a face-shaped mountain on Mars?

There are thousands upon thousands of mountains on Mars and it isn’t all that surprising that one of them looks like a face. Humans are programmed to see faces. Show two black dots on a piece of card to a newborn baby and it will smile because it believes it’s seen its mother’s face.

But of course there are some who won’t see a pile of rocks for what it is. There is a conspiracy it is claimed and some have accused us of going along with it.

No doubt there are some who will scrutinise the new image of the “face” and point out that this group of rocks and that group of rocks form a structure that couldn’t be natural. All they’re doing is fooling themselves into seeing patterns in natural formations.

Look at the image again. It is just a pile of rocks and sand. If the image sent back by the Mars Global Surveyor was the only image we had of this region we wouldn’t have looked at it twice.

Sadly, there is no evidence of an ancient civilization among the crumbling mountains and shifting sand dunes of Mars.

From the BBC News Web site