Every year the New Zealand Skeptics presents its awards to people and organisations who have impressed us or dismayed us, and this year it’s been hard to pick our winners because there have been so many choices!

The Bent Spoon Award is given to the organisation or individual which has shown the most egregious gullibility or lack of critical thinking in public coverage of, or commentary on, a science-related issue. In the age of the COVID pandemic, there have been many candidates, but one individual stands out:

Dr Simon Thornley, this year’s winner, is a Senior Lecturer in Epidemiology and Biostatistics at the University of Auckland. Dr Thornley stands out as an academic who has opposed NZ’s approach to dealing with COVID. He was one of the founders of the COVID PlanB group which opposed lockdowns, and signed onto the Great Barrington Declaration.

Dr Thornley has associated himself with fringe elements in NZ’s anti-government and anti-vaccine movements (such as Voices for Freedom) and has appeared as an expert witness for lawyer Sue Grey’s cases challenging the government’s rollout of the COVID vaccine. His comments have included personal attacks and threats of legal action against other NZ scientists, and has claimed they’re corrupt and will be convicted of crimes against humanity.

Most recently, Dr Thornley promoted the use of Ivermectin as a treatment for COVID, and co-authored a paper which tried to link mRNA vaccines with miscarriages and other pregnancy complications, strongly recommending against vaccination for pregnant persons. Happily, this paper has now been retracted.

As an academic, we would expect he would know better. May he suffer the shame of being awarded the Bent Spoon!

The New Zealand Skeptics recognises excellence in the media or in other high-profile people with our Bravo Awards. The pandemic has provided a fertile breeding ground for misinformation and disinformation. But many journalists and academics have stepped up and written pieces which explain the science behind COVID, the response to it, and also calling out those promoting misinformation and pseudoscience. The NZ Skeptics have chosen to award a record number of Bravos this year.

Siouxsie Wiles from University of Auckland, for making national and international appearances on the science behind COVID.

Toby Morris, cartoonist at The Spinoff, for creating animated explainers with Siouxie Wiles – with some great examples of effective science communication. These tools have been shared extensively, including being used by the World Health Organisation.

Charlie Mitchell, from Stuff, for a variety of investigative articles on pseudoscience promoters.

Michael Baker, from the University of Otago Department of Public Health, for his science communication around COVID.

Hilary Barry, of TVNZ’s Seven Sharp, for her promotion of vaccines and for being a thorn in the side of anti-vaxxers.

Keith Lynch, of Stuff, for some great articles around COVID, explaining complex science in an easy to digest manner.

Helen Petousis-Harris, of the University of Auckland, for her great written responses to COVID vaccine myths.

Alison Campbell, blogger and retired lecturer from the University of Waikato, for her efforts helping journalists respond to COVID misinformation, her blogging and her constant presence on social media, calling out and correcting pseudoscience in the comment threads.

Finally, the Skeptic of the Year award is given to the skeptic who has had the most impact in skepticism within New Zealand. The award comes with a year’s free membership to the NZ Skeptics, and $500 of prize money.

This year the award is being given to a group rather than an individual – FACT Aotearoa.

The FACT group describes themselves as a grass-roots information organisation, working as a resource base for media, health professionals, activists and educators. They’ve been quick to jump on misinformation being promoted online and in public.  A few of their prominent wins include contacting venues to shut down in-person anti-vaxxer events, and initiating a complaint to NZ’s Law Society about anti-vax lawyer Sue Grey. 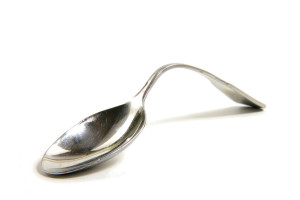