Evolution in the NZ school curriculum

The teaching of evolution in New Zealand schools may seem secure, but it has faced many challenges, and these appear to be on the increase. This article is based on a presentation at the Evolution 2007 Conference, Christchurch.

Many people feel the antagonism between evolution and creationism is an issue only in the United States. However, creationism is becoming more visible around the world. Even in New Zealand, creationism, and its opposition to evolution, has a relatively long history and-as in many other countries-is currently increasing in prominence. 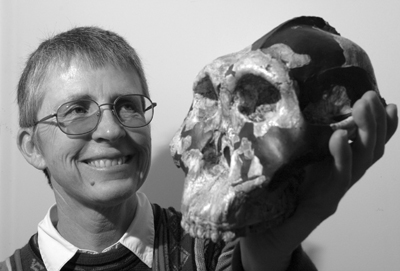 Evolution was first discussed in a New Zealand educational institution in 1871, when Otago University professor Duncan MacGregor pushed for the teaching of evolutionary biology. This led to moves to have him removed from his Chair, though these were ultimately unsuccessful.

New Zealand’s free, secular public education system was born in 1877. By 1881 there was some concern among the Protestant and Catholic churches that schoolteachers were being taught about evolution, thus supposedly losing the religious neutrality required of a secular system. However, school curricula contained no explicit mention of this worrying subject. New Zealanders appear to have viewed themselves as fairly open-minded in this area: Numbers & Stenhouse in 2000 noted that the NZ Herald, reporting on the 1925 Scopes trial in the US, “found it ‘hard to take the anti-evolution movement seriously'”.

However, in 1928 the Education Department published an addition to the national science syllabus that said “in the higher classes the pupils should gain some definite idea of the principle of evolution”. Though fundamentalist Christians were few in number they were extremely vocal: their immediate and heated response to the amended syllabus was so strong that the department backed down: students should not have to learn about human origins, but to “discover some part… of the great plan of nature”. This could be regarded as a win for the creationist camp, and was followed by the establishment of anti-evolution societies such as the Evolution Protest Movement.

In 1947 the Department of Education broadcasts to schools included a series of BBC programmes on evolution, How Things Began. Protest was swift and vociferous and included Labour party supporters worried about losing the wavering voter, as well as conservative Christian groups. The Minister of Education first suspended and then cancelled the broadcasts, despite strong opposition to this from teacher unions and other educationalists. Flushed with success, the creationist lobby attempted to get the Ministry to publish creationist articles in the School Journal, but the Minister declined. As public interest waned so too did the creationist movement, so that by the 1970s it seemed to have disappeared completely.

But at the same time, creationism in the US was experiencing resurgence, with the popular writings and presentations of Youth Earth Creationists such as Henry Morris (The Genesis Flood). In 1972 New Zealander Tony Hanne read Morris’ book and invited him on a tour of New Zealand. Visits by other US creationists followed, each generating considerable public interest in this country even though scientists in general rejected their claims. However, Numbers & Stenhouse (2000) also give the example of one university geologist who was so swayed by creationist rhetoric that he included works by Morris & Duane Gish in his own courses!

In 1982 the then Auckland Department of Education issued a creationist textbook for use in senior biology classes, a book which was widely distributed by the then Auckland College of Education’s Science Resource Centre. When questioned about the propriety of science teachers including creationism in their classes, a spokesman for the New Zealand Education Department responded that he found nothing wrong with science teachers including ‘scientific creationism’ in their classes, “as long as they’re presenting it as one possible explanation and not the only explanation”.

Scientists tended to feel that science, and evolution, had little to fear from creationism; it was viewed as a peculiarly American foible. Yet at the same time, the Creation Science Foundation (CSF) in Australia was expanding to become what was, by the 1990s, the world’s second-largest creation science organisation. This found fertile ground among religious conservatives in New Zealand, and also among our Maori and Pasifika communities (eg Peddie, 1995), and in 1994 the CSF opened a New Zealand branch, Creation Science (NZ).

1993 saw the introduction of a new Science curriculum, and the associated ‘specialist’ science curricula, for New Zealand schools. Evolution is mentioned explicitly only at Level 8 (Living World) of this document, which gives as a learning objective “students can investigate and describe the diversity of scientific thought on the origins of humans”. It goes on to say that students could be learning through “holding a debate about evolution and critically evaluating the theories relating to this biological issue” (my italics). This suggestion that there is more than one possible theory explaining evolution has left the door open for teachers and institutions who wish to bring creationism into the science classroom. Thus, in 1995 Peddie could comment, “… in this country some private schools, and some teachers within the state school system and home schooling systems, continue to teach creationism and debunk evolution.”

For example, in 2003 the Masters Institute, together with the organisation Focus on the Family, offered a workshop on intelligent design for teachers and parents, featuring speakers such as the Discovery Institute’s William Dembski. The session was billed as “an excellent learning opportunity that offers both a professional development opportunity and a fresh look at some knotty problems in science and biology” (Education Gazette, 22 August 2003). Focus on the Family has also distributed CD-ROMs based on the creationist tract Icons of Evolution to every secondary school in the country.

Concern from universities and the Royal Society was met by a response from the Ministry of Education stating that “it is not the intention of the science curriculum that the theory of evolution should be taught as the only way of explaining the complexity and diversity of life on Earth”-and that schools are free to decide their own approach to theories of the origins of life, within existing curriculum guidelines. Showing a lack of knowledge of evolution, the Ministry’s representative continued: “The science curriculum does not require evolution to be taught as an uncontested fact at any level. The theory of evolution cannot be replicated in a laboratory and there are some phenomena that aren’t well explained by it.”

We are now developing a new draft Science curriculum. This document, as well as emphasising the importance of students developing an understanding of the nature of science, recognises evolution as one of the organising themes of modern biology following Dobzhansky’s 1973 dictum, “Nothing in biology makes sense except in the light of evolution.” The curriculum document reads: “Students develop an understanding of the diversity of life and life processes. They learn about where and how life has evolved, about evolution as the link between life processes and ecology, and about the impact of humans on all forms of life”. One significant difference from the existing curriculum is that the term evolution is introduced in primary school: students in years 1 and 2 will “recognise that there are lots of different living things in the world and that they can be grouped in different ways,” and “explain how we know that some living things from the past are now extinct.” By year 13 they will be exploring “the evolutionary processes that have resulted in the diversity of life on Earth.”

The document was sent out for public consultation and the Biology component immediately drew the ire of conservative religious groups. Creation Ministries International (formerly the CSF) contacted members and supporters, asking them to lobby strongly for a reversion to the current status quo: “CMI does not suggest evolutionists be forced to teach about creation. What we do suggest is that freedom be retained for the presenting of both evolution-based and Creation-based frameworks of science. We support the teaching of evolution provided it is done accurately, ‘warts and all’, ie with open discussion of its many scientific problems included.”

And a submission for a private school stated that “… there is still no evidence to support the theory, [and]… to base [curriculum content] on an unproven theory is bizarre” (www.tki.org.nz/r/nzcurriculum/long_submissions_e.php). The writers went on to suggest that the curriculum would be better to speak of ‘diversity’, which they viewed as a much more suitable term.

There is also anecdotal evidence that many teachers also oppose the new curriculum in its present form-either because they feel uncomfortable or under pressure about it in the face of potential student, parent, and community opposition, or because they themselves have a creationist worldview. At a time when biology in its various forms is set to play an important role in New Zealand’s scientific and economic development, this is something that should concern us all.

Numbers, R.L. & J. Stenhouse (2000) Antievolutionism in the Antipodes: from protesting evolution to promoting creationism in New Zealand. British Journal for the History of Science 33: 335-350. Peddie, W.S. (1995) Alienated by Evolution: the educational implications of creationist and social Darwinist reactions in New Zealand to the Darwinian theory of evolution. Unpublished PhD thesis, University of Auckland. 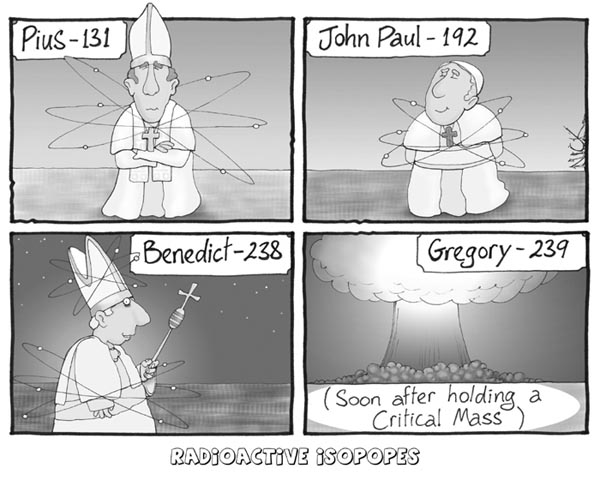 Fundamentalism from the inside