Another candle goes out… 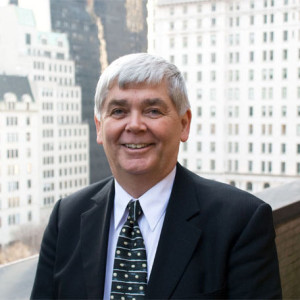 We’ve lost another light against the darkness, with the death of Denis Dutton. Carl Sagan, in The Demon-Haunted World, gave us the image of the guttering candle, but I think Denis would be the first to cite another comment from that work: “It’s better to light a candle than to curse the darkness.”

Denis was a founder-member of NZ Skeptics. For many years he was the face of organised scepticism in New Zealand, fronting up to the media with many a pithy comment and a wry sense of humour. In recent years, we haven’t seen a great deal of Denis, once a major driver at conferences and meetings. He was a man of many enthusiasms, but at the heart of almost all of them was the desire to get people to think about the world, and to be better informed. That was at the core of his involvement with the Skeptics, and it also informed his development of the hugely influential website Arts & Letters Daily. You could see that in his published works, whether the academic discourse in the journal Philosophy and Literature, or in the discussion of how our evolution has influenced our aesthetic appreciation in his ground-breaking book The Art Instinct.

We often talk of a person being larger than life, but if ever a person fitted that description it was Denis. I first met him when I was assigned to cover the NZ Skeptics conference in Christchurch in the early 1990s. He was busy raking hot coals preparing to convince people that they really could walk on fire. A few years later, he nominated me to head this organisation.

Denis, like most skeptics, was willing to keep an open mind. He was intrigued enough by Paddy Freaney’s alleged moa sighting to arrange for us to hear from Paddy and his off-siders – the only group to do so. I remember early morning debates about whether the apparent nano-bacteria in the Martian meteorite were really evidence of alien life. Denis stepped up to the plate when the repressed memory craze hit New Zealand, and dealt carefully and sensitively with masses of correspondence from all over the country on that.
Most of all, I associate Denis with laughter – not scornful, nor dismissive, but rather his genuine delight in the wonder and absurdity of the human condition. He challenged me, and others, to critically evaluate what we think we know, to be prepared to suspend judgement when evidence is lacking, and to have the strength to acknowledge when we’d got things wrong. Denis had a deeply moral sense in that he abhorred the exploitation we so often see underpinning skeptical issues. He reserved his scorn for the shysters willing to exploit vulnerable people for their own gain. Like many people here and around the world, I will miss him hugely. He changed my life, for the better.

Another Candle Goes Out....