Another Candle Goes Out….

We´ve lost another light against the darkness, with the death of Denis Dutton.

Denis was a founder member of New Zealand Skeptics, back in 1984 when it was known as the NZ Committee for Scientific Investigation of the Paranormal. For many years he was the face of organised scepticism in New Zealand, fronting up to the media with many a pithy comment and a wry sense of humour.

I´ll always associate Denis with laughter – not scornful, nor dismissive, but rather his genuine delight in the wonder and absurdity of the human condition, and his joy in discovery and debate. He challenged me, and so many others, to think, to critically evaluate what we think we know, to be prepared to suspend judgement when evidence is lacking, to have the strength to acknowledge when we´d got things wrong, and to change our ideas in the face of a better explanation of how the world works.

Denis had a deeply moral sense in that he abhorred the exploitation we so often see underpinning skeptical issues. He reserved his scorn for the shysters willing to exploit vulnerable people for their own gain – psychics claiming to be in touch with the dead, counsellors convincing their clients that their problems stemmed from suppressed memories of infant ritual sexual abuse. He spent year after year fielding calls about everything from alien abductions to moa sightings, and managed to retain a sense of humour throughout.

What more could you wish from someone once referred to as New Zealand´s Arch-Skeptic?

But Denis was so much more than that. He was an inspirational and thought-provoking speaker whose reach extended way past his University of Canterbury classes to a global audience through his widely acclaimed Arts & Letters Daily website. He was a man of intense enthusiasms and a willingness to get involved, whether campaigning to keep National Radio uncommercialised or championing a Bad Writing Contest to highlight academic obfuscation.

The world is a darker place without him. But I also know that Denis would be the first to remind me of a quote from Carl Sagan, another skeptic lost far too early:

“It´s better to light a candle than to curse the darkness.” 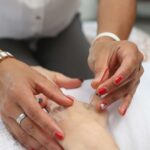